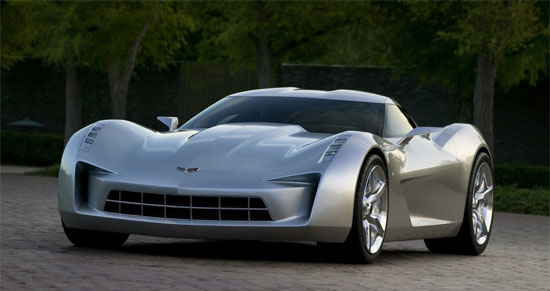 The Chevrolet Corvette has been America’s plasticky offering to the world of supercars and it is (sort of) a unique offering. Built for straight American highways rather than Europe’s twisty roads, the ‘Vette usually packs an insane engine and devil-may-care suspension set-up.

The new upcoming Corvette C7 will, however, offer something that goes against ‘Vette convention. The car is to get a smaller 3.0L V8 engine. Well, at least the new powerplant will be turbocharged and could rev as high as 10,000 rpm.

Chevy plans to take on the likes of the Porsche and Ferrari with this move. Now, we’ll see if they will be ditching leaf springs in favor of a proper suspension set-up.

‘Vette fans are not to worry though. The massive engine philosophy will still reign as other ‘Vette models will be offered with bige engines like the old OHV V8. No word yet whether an LS7 successor will be built.