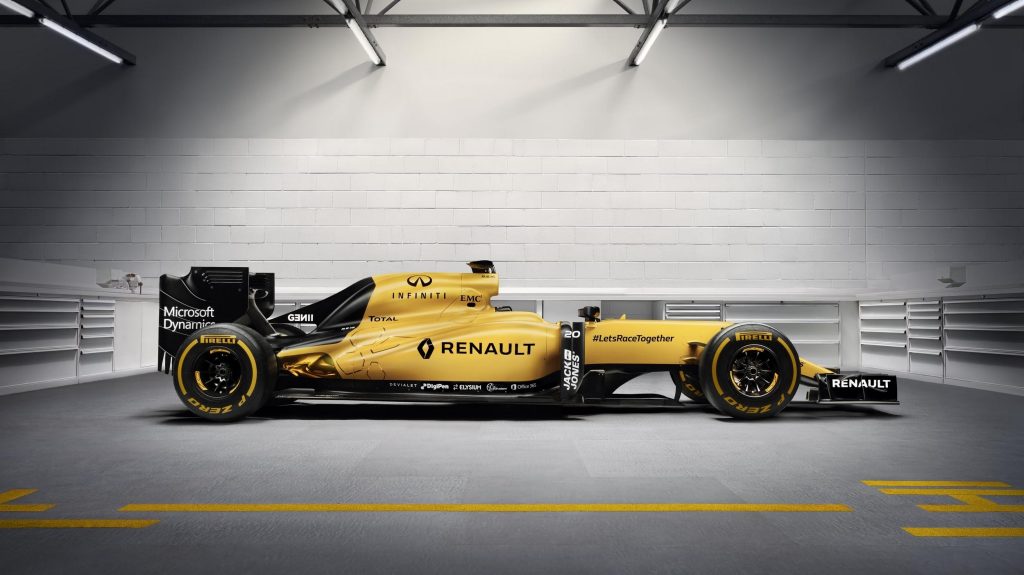 The 2016 Formula One is just around the corner and we’ll just be getting more and more updates as the opener nears. Here’s Renault Sport Formula One Team unveiling their updated car livery for the RS16 car.

Unlike the combination of yellow and blue that we’ve come to be familiar with in their championship days, the new colors revolve around yellow and black.

Powering the RS16 is a 1.6L V6 equipped with KERS. The engine is mated to a semi-automatic sequential gearbox.

It has been 10 years since Renault won anything thanks to the duo of the then-young Fernando Alonso and Giancarlo Fisichella.

The mishaps during the partnership with Lotus and their five year absence are partly to blame but with their re-entry surely comes hope for resurgence.