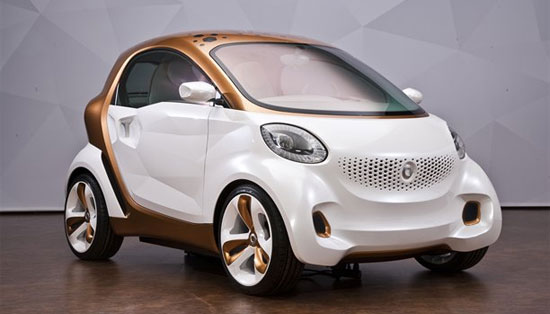 Quite frankly, I still don’t like EVs. I think they’re for the pretentious privileged bunch who can afford the “premium” for going green. And it’s not like you’re saving the world driving it on our roads. Unless you drive it up in Ilocos, the energy coming out of home sockets still comes from burning dinosaurs.

But if I were to buy an EV, I definitely won’t spring for a Smart. I’ve seen several of these around, and they look like toys rather than proper cars to drive amid buses, jeepneys, and other vehicles driven by raving lunatics. Not to mention they do look like mechanical frogs.

Anyway, here’s Smart with their Forvision concept which was unveiled at the recent Frankfurt show. It’s supposed to hint on the upcoming styling and technology though I wonder why it still looks like a miserable frog that won’t ever turn into a prince.

Battery will come from a pack jointly developed with BASF which SMart promises to reduce juice consumption. The roof also has organic solar cells that would power the electronics inside the car including the multimedia bits and climate control. The wheels are also all-plastic to save on weight.

Wait, all-plastic wheels? Congratulations, Smart. You have made a full-size toy car.