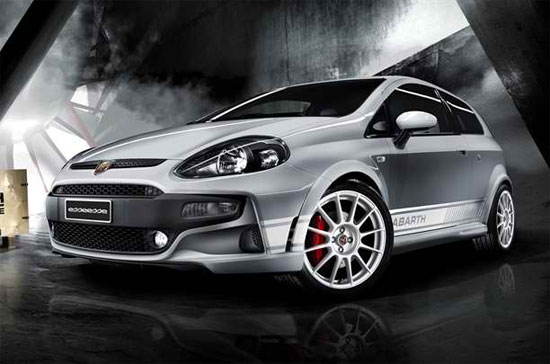 One of my frustrations is that we don’t plenty of the European automakers have completely ignored the Philippine market.

Forget the upmarket marquees, I’m talking about the ones that build daily drivers like Citroen, Renault and Fiat. And particularly because they build (comparatively) cheap and cheerful cars like the DS, Clio, Panda and 500.

Now, it’s as if Fiat is teasing me by launching yet another hardcore version of one of its small cars – the Punto. Check out the Abarth Punto Evo esseesse.

The Abarth version gets some fiddling done to its 1.4L turbocharged engine that raises its power to a whopping 178 bhp. That’s all thanks to an ECU upgrade.

Power is transferred to the front wheels via a six-speed manual gearbox. Though 0 to 100 kph is dealth with in just 7.5 seconds and can go all the way to 217 km.

Other tweaks include upgraded brakes, Normal and Sport driving modes, and visual and interior upgrades.

I’m sure the “esseesse” name would be a laughable thing this side of the Pacific but the “SS” would surely be  a hit on the streets. Anything with a body kit usually is.