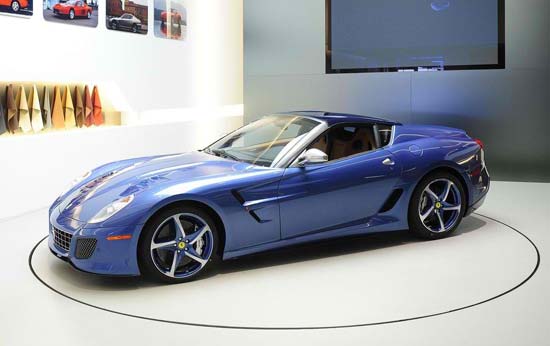 You’d wonder about the timing of the release of this car from Ferrari’s Special Projects division. Meet the Ferrari Superamerica 45. Ferrari initially hinted that the company will be making a one-off but it’s only now that they’ve released the full details.

The car was commissioned by New York rich man Peter Kalikow to pay tribute to the 45th anniversary of him owning his first Ferrari. Yes, this guy has been that rich for that long.

The car is basically a 599-derived SA APERTA with the top lopped off with influences from the 575M Superamerica from way back 2003. The Superamerica 45 has a rotating one-piece roof section made from carbon fiber which retracts under a carbon fiber trunk.

The body features double air vents on the front wing, a unique front fascia, aluminum A-pillars, wing mirrors, and door handles. It sits on top of body-colored rims. The car’s set to be unveiled at the Villa d’Este event in its full Blu Antille paint finish which is the same hue as Kalikow’s old Superamerica.