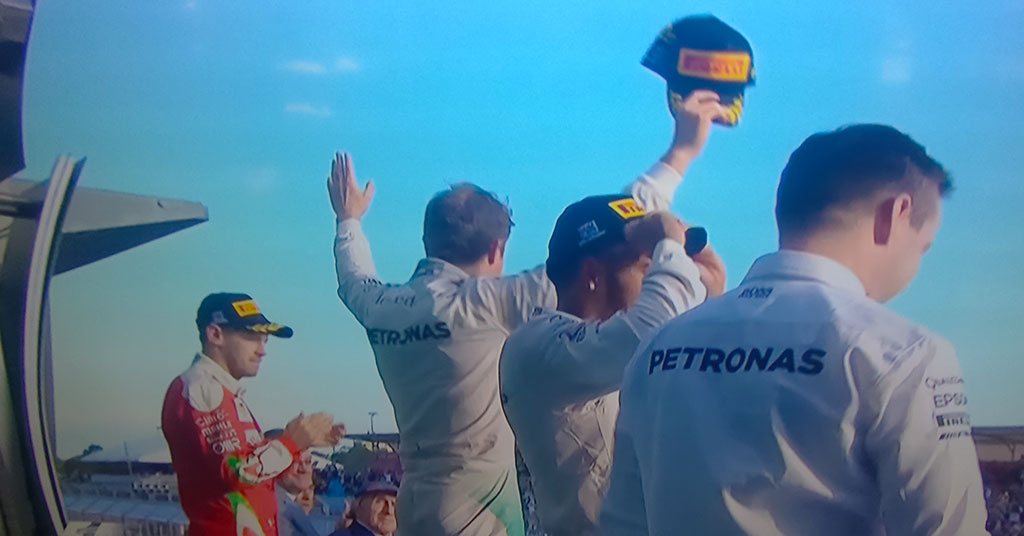 Ferrari’s Sebastian Vettel settles for third after battling hard to chase down Hamilton in the last laps. Vettel slipped at lap 55, overshooting a corner into grass, taking him out of the chase.

It was a combination of strategy and happenstance for Mercedes as they opted to go with medium tires allowing them to finish the race with just pit stop each despite the red flag period. The Ferraris opted for super soft tires.Hamilton could have won it had he not pitted right before the red flag.

The red flag was prompted in lap 18. Fernando Alonso survived a horrific crash, miraculously walking away from twisted metal after bumping into Haas’ Esteban Gutierrez.

Vettel’s Ferrari teammate Kimi Raikkonen also had to retire due to car trouble, entering the pit lanes with his car on fire.

New boys Haas F1 Team from the US gets points as  Romain Grosjean finishes 6th.

The race has been quite exciting with several daring overtaking maneuvers executed throughout the race. Though we’re sure purists who hate the drag reduction system would have something to say about it.

Did not start: Kvyat