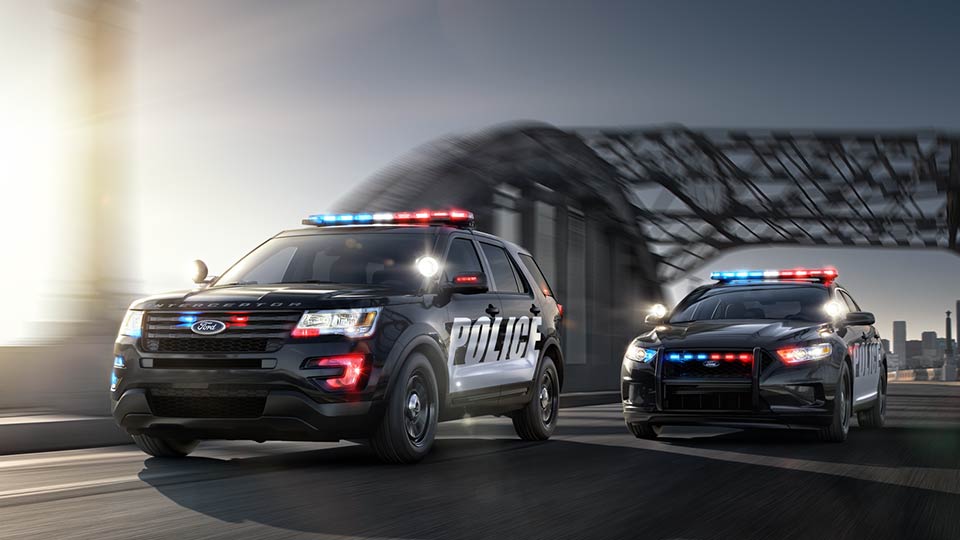 Ford Interceptor police vehicles see quite the action in the US. The Interceptor comes in two models – Sedan (based on the Taurus) and Utility (based on the Explorer – and packs standard features such as 75 mph rear-crash tested, ballistic door panels, and side airbags all designed to keep police officers safe.

To up the ante in police service vehicles, the company just announced that they are working on  upgrades that will make the Interceptor line the safest police cars in the world.

Ford aims to enhance protection to thwart even .30 caliber armor-piercing rounds. This will be done by slapping on armor panels that features ballistic grade ceramic and synthetic-aramid (heat resistant ballistic) fiber.

Given that the United States has some pretty lax gun control policies in place that allows goons and baddies to get hold of high-caliber weapons, their police surely needs some added safety.

Powering the Interceptors are 365 hp 3.0L EcoBoost V6 engines that should give the vehicles enough power to lug around the additional weight of all the protective features they carry and still be fast enough to deal with chases.

Now compare that to our overpriced police patrol jeeps that offer little to no protection at all. Pathetic.