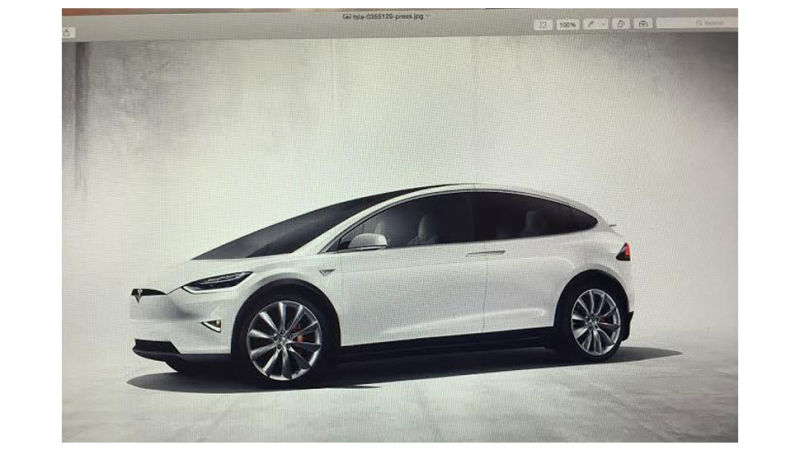 Several car sites allegedly got an email from someone who claims to be a Tesla employee containing a mockup of what looks like a Tesla crossover.

I work at Tesla. I can’t stand the company and the management. Yeah, they’re doing good things, but they treat us like shit. I was able to access the attached image on my boss’ computer. This was risky as hell! The image quality sucks, but it’s better than nothing. Enjoy…

Based on recent news, the Model 3 platform is supposed to serve two variants – a Model 3 sedan and a crossover SUV variant so it is possible that this could be the real deal.

Disgruntled employees are always a security risk for companies. Aside from this mockup, the “employee” also sent out Tesla’s confidential staff directory that contains contact details of more than 800 people.

Tesla’s been hard at work to prove that electronic cars are actually viable and the way to a cleaner future but they have yet to achieve sustained profitability.

However, in today’s word of the Kardashians and publicity stunts, there’s always the angle that it’s all part of the PR plan.