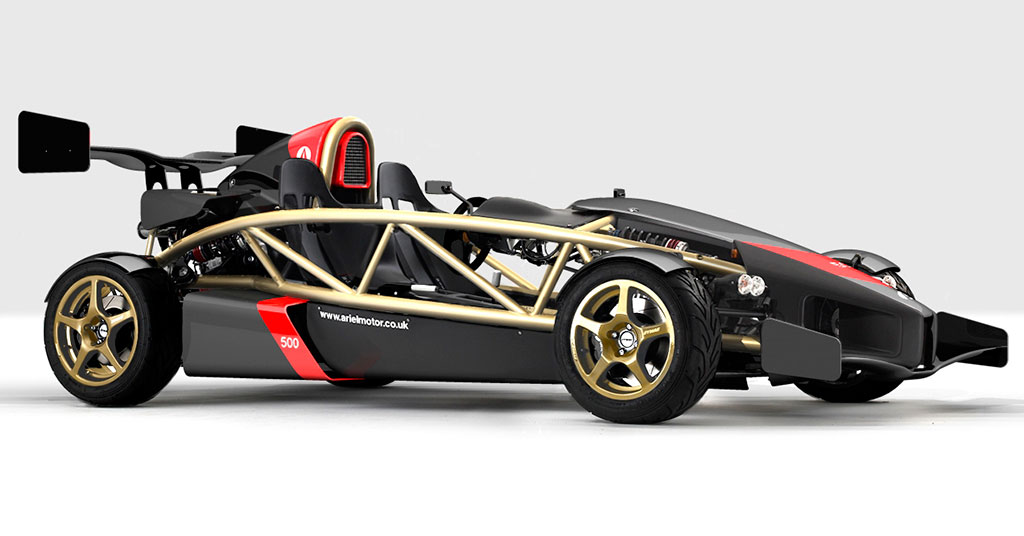 Speaking of face-melting track-focused cars, we can’t forget how the Ariel Atom made them cool arguably even giving the likes of Caterham kit cars a sort of revival. So a bit of Ariel news – Ariel has renewed its deal to source engines from Honda.

The Ariel-Honda partnership started 16 years ago with Honda providing several engines for Ariel. There’s the Civic Type R 2.0L engine for the atom, the Civic 2.4L for the Nomad off-roader, and even the Honda V4 1237cc bike engine for the Ariel Ace.

Ariel is working exclusively with Honda since and claims to have built its 1500th vehicle powered by the Japanese automaker.

It’s quite safe to say that even with their rebranding to be the greenest automaker in the world, you’d still find Honda having a hand in some other cool things in motoring.