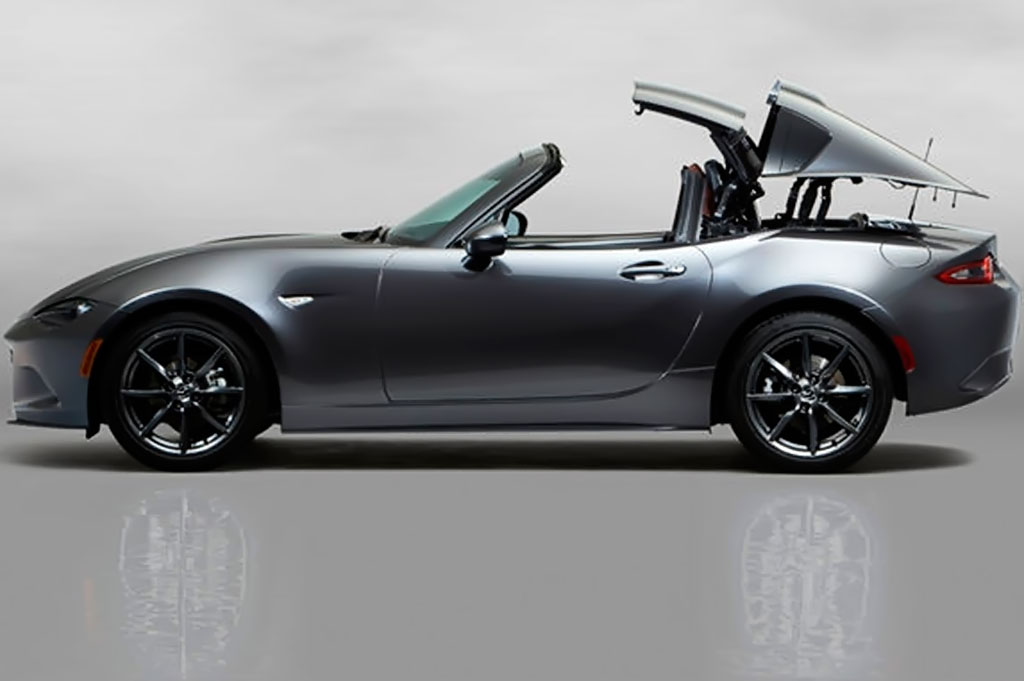 Mazda made some real buzz with the release of the MX-5 last year. The car even won the Car of the Year award from several motoring magazines including Top Gear Philippines. Check out Mazda’s unveiling of the MX-5 RF retractable hard top at the New York International Auto Show.

The sporty two-door market recently had been a toss-up between the Toyota FT-86 and the Subaru BRZ which is a bit of a cheat since it’s essentially the same car. With the introduction of the fourth-generation MX-5, things got pretty interesting since there’s now a choice for both entitled rich kid and middle-aged middle class where to burn around a couple of million pesos.

Powering the car is the choice between the 1.5L 129 hp and the 2.0L 155 hp SKYACTIV engines. Choices of transmission are between a six-speed manual and six-speed automatic. Upon launch, only the soft-top version was available.

Now, here we’re getting the RF – or retractable fastback – version. It’s essentially a convertible with a retracting hardtop. The roof can now be toggled with a press of a button. The old soft-top roof needed to be set manually.

This is pretty interesting for the Philippine market. Due to our climate, we do question the practicality of owning soft-top roadsters. Some drivers do look like a douches sitting in an open drop top stuck in Metro Manila traffic sweltering under the tropical sun.

At least for those moments where you want to enjoy some spirited open air driving, you have to option to take the roof down and put the roof back up with a press of a button.

It would be interesting to check if the presumed added weight of the retracting roof affects the supposed sublime performance of the new MX-5.