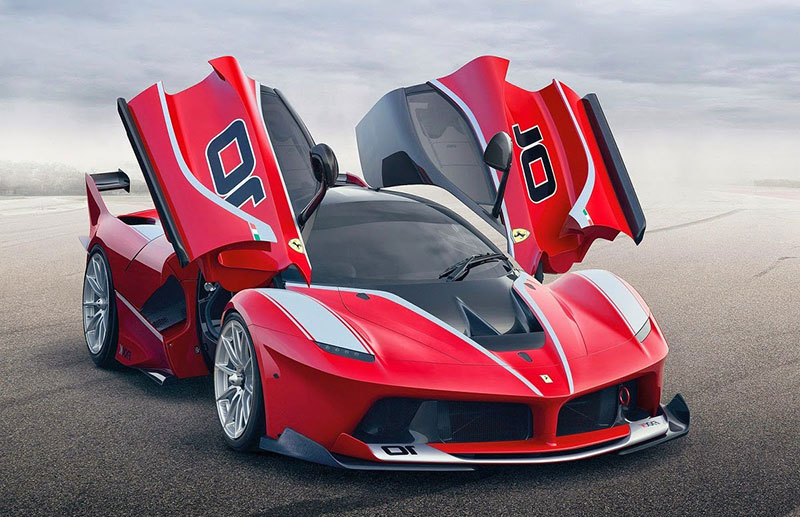 Where else in the world can you expect a bunch of people with a bunch of cash who can purchase a bunch of Ferraris? The new Ferrari FXX K track car sold out in Abu Dabhi.

Powering the car is a 6.2L V12 combined with a KERS electric motor. The gas engine gives it 860 hp and the electric motor gives an additional oomph of 190 hp – a total of 1050 hp. Power is channeled through a 7-speed DCT transmission. The body has been optimized for better aerodynamics for the track.

Top Gear has reported that only less than 40 of these monsters will ever be built and will cost the ballpark of $3 million.