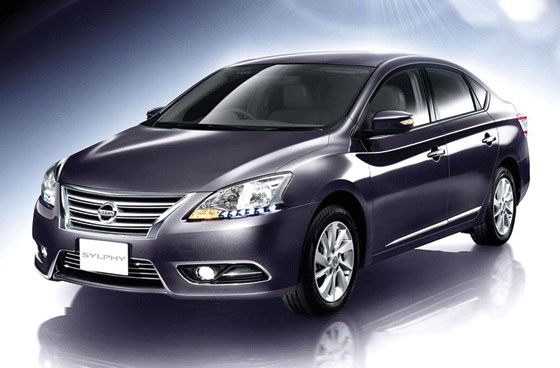 This here is the new 2014 Nissan Sylphy.

My first beef with the car is the name. Why name it so close to horrid things like “selfie” or “syphillis”? My second beef is with the styling. While all the other automakers are featuring sharp looks in their design language, Nissan seems to have simply sharpened the pudgy rounded corners of the previous Sentra a bit.

Nissan aims to have the more reserved and posh look (hence the lack of sportiness in the styling) but let’s face it, Nissan as a brand doesn’t necessarily command such an image. the same makers of the GT-R, Skyline, and Z cars should translate such design to all their cars.

The Sylphy is really up for some stiff competition. The Sylphy enters the same market segment as the Toyota Corolla Altis, Honda Civic, and Hyundai Elantra – a step up from the small compact sedans like the Vios, City, and Accent.

Price-wise it is a tad cheaper than some  of its competitors. The Sylphy is that it offers a 1.8L engine under the hood that produces around 129 hp. A similarly priced Altis only packs a 1.6L engine. The 1.8L is the range-topping variant and it only costs Php 988,000.