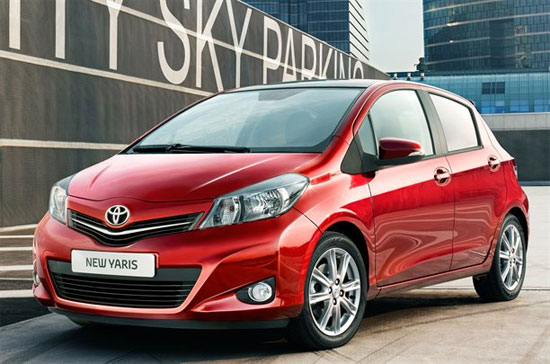 The Toyota Yaris hasn’t been quite as popular as it used to be in the small car market compared to the Honda Jazz and the Ford Focus but this latest update might give it a better fighting chance.

The European market will get theirs come summer. The European variants feature three engines – a 1 .0L VVT-i and a 1.33L dual VVT-i gas units and a 1.4L D-4D diesel engine.

The new Yaris will feature the Toyota Touch and Go console which features multimedia connectivity with a 6.1-inch display. This is something new in the supermini segment.

The car’s third incarnation would feature a more spacious interior. The previous generations all had some problem with space save for the Verso models.

Toyota hopes that the new Yaris will give it a more solid footing in Europe especially since it is competing not only with similar Japanese models but with European models as well. And if there’s something Europeans know to build, it’s the cheap and cheerful small car.