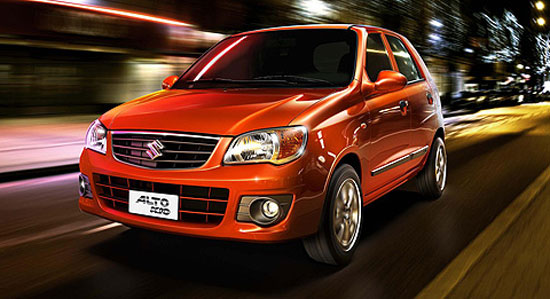 Suzuki Philippines just launched the new Suzuki Alto K10. Many are already familiar with the wee Alto that we see on the streets. Driving an already small car (Hyundai i10), pulling up beside an Alto still gives me that “bigger bully” feel. The Alto is quite tiny even by subcompact standards.

The Alto’s been around since 2007, and its small size, small engine, fuel efficiency and price makes it quite the popular car of choice for many first-time lower middle class buyers and sales rep fleets. Quite frankly, I toyed with the idea when I was shifting from my old Sentra to the i10 but the small size and feeble frame turned me off. Its bigger sibling, the Celerio, was more of a choice, really.

But here’s a new Alto for the market – the K10. It’s not really that different visually from the old Alto variants aside from a few visual tweaks (like the new front grille), but what makes this a beefier version is the engine. It now packs the 1.0L unit that is also found in the Celerio.  That means a meatier engine in a smaller and lighter car. Haven’t had the chance to drive one yet but it should theoretically outperform the Celerio as far ponies-per-pound is concerned.

The car comes with a five-speed manual gearbox, electronic power steering, front power windows (like the Celerio), power locks, an MP3 capable audio system, wheel caps, and an engine immobilizer. Consider this the Celerio-lite. SRP for the K10 is Php 439,000.

Even for a hundred grand more, I’d still probably get the Celerio or an i10.