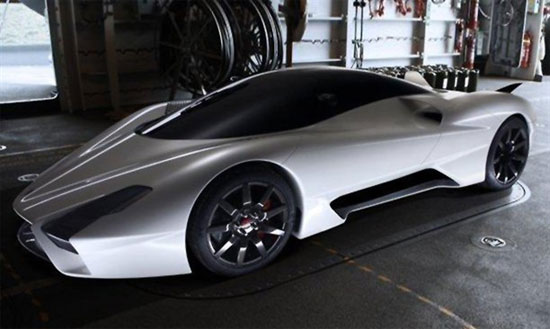 “America” and “supercar” combined together in a sentence is often a joke for many a European gearhead, excuse me, petrolhead. The Chevy Corvette and the Dodge Viper still can’t cut it to match the likes of Ferrari and Porsches.

Shelby SuperCars, however, has been gutsy enough to take the battle to the likes of Bugatti, shaming those Germans by trumping the Veyron for the title of fastest production car ever with the SSC Ultimate Aero . That forced Bugatti to make the Veyron SuperSport.

Anyway, here’s SSC again with their latest model – the Tuatara. And with that, SSC wants to reclaim the title from Bugatti. The Ultimate Aero had 1062 bhp to help it reach 256 mph. The Tuatara may get even more

I sort of doubt SSC will be able to  trump the Super Sport but they’ve done it once so maybe they could. Wouldn’t be bad for a car named after a lizard.