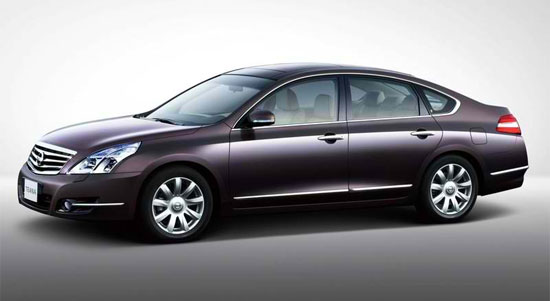 I really don’t believe in that life-begins-at-forty crap. You see, forty means that your life has gone pretty much they way it should’ve been. If you haven’t really accomplished much by this time, then you probably won’t. Careers are supposed to peak at this time. Cars worth millions of pesos are now accessible and is, at times, required for social representation.

The downside is that you also begin to consider cutting down on the sisig and take the doctor’s advise on popping beta blockers. Everything also seems to fall into that neutral color territory. It’s the age where brown and beige become welcome sights – the sign that you have actually started to settle. Why those two colors happily cover the interior of mid-size sedans still puzzle me but one thing’s for sure – they sure do reek of boredom.

That whole psychology of color probably has an explanation to it especially if things you buy mirror your weltanschauung. Forty is when things can get boring. I wonder if brown and beige prompt relatively successful men to take on mistresses, snort cocaine and buy sports cars just to make them feel alive because brown and beige do make you feel slow, boring, and fat.

Driving the Nissan Teana gave me an immersion on what it feels to be forty. And I don’t like it.

Nissan’s flagship mid-size sedan and successor to the old Cefiro and Maxima badges rivals the likes of the Toyota Camry and the Honda Accord – the kind that C-level executives this side of the Pacific drive. Never mind if “mid-size luxury” refers to the Mercedes E-Class and the BMW 5-series elsewhere.

The car is a mammoth compared to the other cars found on metro roads. Parked alongside a Toyota Innova, I sort of sense that the Teana is even longer – and the Teana only seats five.  The size means you always have to be mindful of turning circles, bumper-to-bumper action, and parking. Seriously, I felt like a teenage dolt trying to park it in those space-scrimping mall parking slots. While it can rival a SUV’s size, the lower ride height doesn’t give you the proper vantage point to see more of the car.

The car’s pretty heavy too and you need not see the specs on paper to know it. The steering requires a level of effort. Acceleration and braking makes you deal with inertia that you can get motion sick just by overtaking. And don’t be fooled by the V6 badge slapped on the rear. Power from the 2.5L (I drove the 250 XL model) V6 engine that dishes out 182 hp comes in lumps which leads me to believe that the power is only there to lug the weight around.

Only when you switch the overdrive off to put the car in “sport mode” will you be able to feel a semblance of speed. You see, max torque is only available in the 4,000+ rpm rev band and that means you have to step pretty hard and long on the gas pedal to get some oomph.

Some things I just don’t get. If I were to put down Php 1.7 M for a car, then I’m expecting more than just a sea of cream. I don’t want to see cheap stuff like the faux wood and dash that are made of plastic. The dials look like they come from those palengke timbangans*. Every time I stepped on the gas, I thought the car was  measuring my waistline. And cream does make you fat.

But who am I kidding? Let’s all go back to the prime point of cars like the Teana. It’s a car for the brown-and-beige people. That means that it should effectively pad many an aching spine and cushion many a flaming hemorrhoid. I drove it quite haphazardly over Marcos Highway. In my i10, it would’ve been another spine-shattering experience but the Teana just absorbed the ruts and bumps.  So it does make a strong case for the arthritic bunch.

And despite the sheer size of the thing, you might be able to appreciate the space that the Teana boasts of. There is just so much leg room that I feel like a dwarf inside the thing. The trunk space is just a golfer’s dream. If murder is your thing you can dispose of three bodies of grown men and no one would suspect a thing you’re lugging such contraband around.

Then again, these would just simply prompt the question as to why the Teana comes with one of those newfangled electronic keyfob things and a button to start the car rather than a proper key with which to turn on the ignition. It’s a good thing they didn’t mimic Aston Martin’s style of displaying “Power, Beauty, Soul” when you start the car. For the Teana, it might read, “Fat Boring Geezer” if it’s going to be totally honest about it.

Mechanically, the Teana’s a good car. Nothing short of what I would expect from Nissan. But if I were to buy something for 1.7 million pesos, then I want something much more than a huge car. I wouldn’t all that money to go all into leg room, ride comfort, and a strong aircon. I would at least expect some of the good stuff found in the Nissan GT-R with all its speed witchcraft.

If I were 40 and driving the Teana, I would at least hope it would offer the chance for me to have some fun and get a kick out of driving so as to prevent me from getting a teenage concubine just to jolt me out of my brown-and-beige existence. But once I get my fix it should settle down as a tamed and respectable vehicle fitting my status. Too bad the Teana only serves the latter.