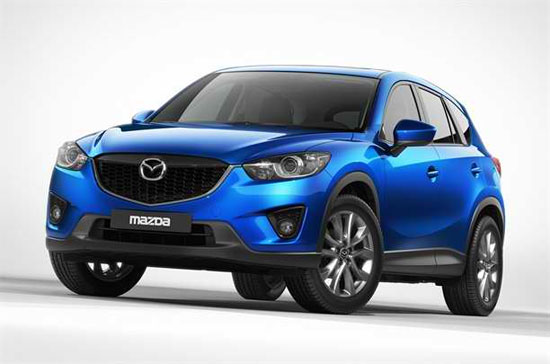 Mazda is probably quite in a pinch here in the Philippine market. While they are selling a bunch of Mazda3 and Mazda2 units, Ford’s giving them a beating with the Focus and the Fiesta. That whole platform sharing has made Mazda units Ford’s ugly stepsisters.

Anyway, here’s Mazda with an all-new offering – the Mazda CX-5. The car comes with an all-new platform and features Mazda’s SkyActive chassis, engine, gearbox, and is the first production car to feature the new Kodo design language.

The car is powered by a new 2.2.L turbodiesel that dishes out 173-hp and a whopping 310 lb-ft of torque. That means a lot of pull and grunt off the line but since this is a diesel it’ll probably go out of ideas real quick. But hey, with the type of roads we have here? That’s probably not too bad. The engine’s mated to a new six-speed manual transmission.

Other engines will also be offered including a more powerful diesel and soon-to-be announced SkyActive gasoline engines. You might remember the Kodo design language previewed in the Shinari and Minagi concepts.

It’s still slated for a 2012 release in other markets but if it does get here, then the Hyundai Tucson will be getting a real rival as far as “pogi” crossovers are concerned.