Home » Driving » My speedometer is broken

My speedometer is broken 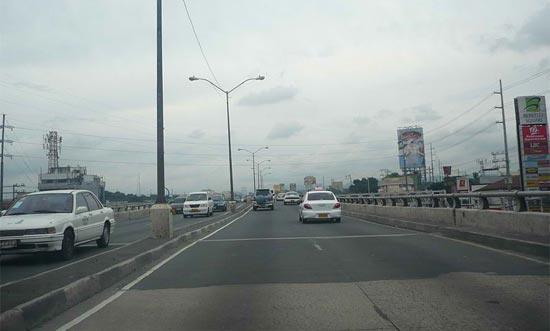 At least that might be according to the MMDA

I still don’t get how the MMDA properly enforces the 60 kph speed limit along Commonwealth Avenue. They have this no-contact and contact policy in place that you just wouldn’t know if you’ve erred or not.

Not until you get a love letter from MMDA asking you to pay fines or when you renew your license or registration and you find out that you have a flag in the system for some (phantom) violation. Now I’m sitting on my hands waiting for either to happen.

Just this morning, I passed by Commonwealth coming from a fruitless visit to the Hyundai casa (that’s another story). Now, I always keep track of my speed wherever I drive. I try to make sure that I keep within 60 kph not because of damned speed limits but because of my paranoia with the noises created by my i10.

I was going at around 60 kph (with the speedo needle smack dab on the 60 line) just as I passed by UP University Avenue. I then noticed that there was an MMDA radar gun team positioned atop the TechnoHub pedestrian overpass huddled underneath that makeshift tent.

For good measure, I dabbed on the brakes to bring my speed lower to around 55 kph. Now, what puzzled me was the gesture one of the officers gave me as I neared them as if they were telling me “Huli ka!”

Was I apprehended or not? I wasn’t chased down by their motorcycle squad so I hope I wasn’t. But that’s just wishful thinking.

I see no reason to be flagged travelling at 60kph but I just hate the fact that they gave me that gesture. Semiotics sucks. Now I’ll just wait for the mailed ticket or the violation to appear on their system.

I mean, how can anyone trust the accuracy of devices that one of the top officers even admitted that they don’t work well at night.  Still, either my speedometer’s broken or their radar guns are.