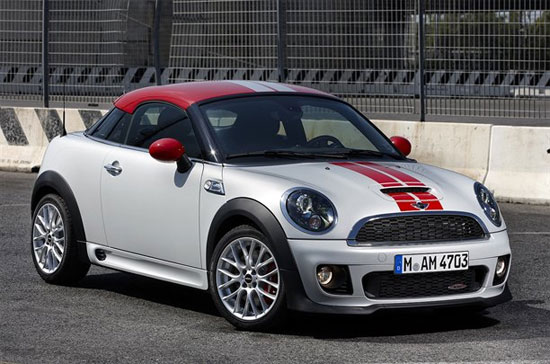 And the Mini gets another twist. Hardcore fans would argue that the best Mini is the old one and that the new one’s basically an accessory. Well, the John Cooper Works variant of the Cooper would probably stand as a good argument against that and I think the new Mini has got some decent creds.

Anyway, here’s yet another Mini variant – the Mini Coupe. It’s a fastback model that Mini (by that we mean BMW) aims to be the nimblest Mini to date.

The Coupe is based on the cabriolet and will be available in four  variants – the entry-level Cooper, the Cooper S, the Cooper SD and the John Cooper Works. Each would come with its own levels of engine tuning.

As for the styling, the car gets less of the pudgy look  for a more sleek and sporty design. Since the car is based on the cabrio, the Coupe promises to have the stiffest body of all Minis though it is heavier by 20kg than the hatch version.

Also, there are two spoilers on the rear, a fixed spoiler on the roof and a flip-up spoiler that comes out when the car goes beyond 80 kph. No need for radar guns to tell you’re speeding.