Home »Driving » 3 motoring laws we like to get passed 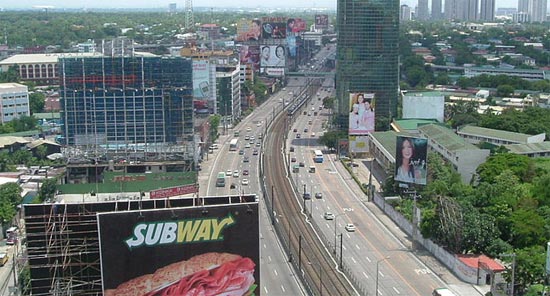 The congress has been in heated debates on issues like the reproductive health bill and the divorce bill amongst all the other legal mumbo-jumbo that happens in the legislature. It’s just sad that our current laws aren’t really motoring-friendly. Here are three laws that I’m sure motorists like to see passed.

Lemon law. We’ve all heard horror stories of how brand new cars turn out to be full of defects and the buyer has to go through hoops to get things remedied. Oftentimes buyers wouldn’t get a new car but it’d only get repaired and charged through warranty. That would often mean having the car repaired for a long time (depending on the complexity of the job and the availability of parts)  So much for the notion that buying new would lead to hassle-free motoring. A lemon law would allow buyers to declare a car a lemon (at least with reasonable cause) and be entitled to an outright replacement of the unit. And I’d like for this to be applicable to the pre-owned and used car market too.  (The dealership lobby would most likely crush attempts this though. There had been a Senate bill previously.)

Right-to-repair law. This is an ongoing campaign in the United States where manufacturers are required to reveal the same information about their models to as they do all repair shops to their dealership shops. This includes diagnostics particularly the error codes from the car’s ECU and other control systems and sensors. Thanks to the extensive use of electronics, cars nowadays are usually diagnosed through the errors reported by the car’s sensors and computer. One of the reasons why dealership shops often have monopoly of repairs for the recent-generation of vehicles is because of the exclusivity of the error codes. Another provision to right-to-repair would probably for the warranty to be upheld as long as the scheduled maintenance and replace of parts is followed regardless of who does it. Let’s face it. The casa charges so much what our friendly neighborhood mechanic even does for free.

A law that makes government responsible for damages to cars caused by poor roads. In the UK, you can claim cost of repairs from the local government in case you get a blow-out thanks to a pot hole. Here, our cars take all the abuse of potholes and ragged blacktops all to our expense as car owners. All the while our politicians still get vehicles, gas allowance and recently the comeback of the hagads and wangwangs (says so much about the guy in the top seat) all to our expense as tax payers. (Oh yes, you paid for VAT when you bought that car new.)