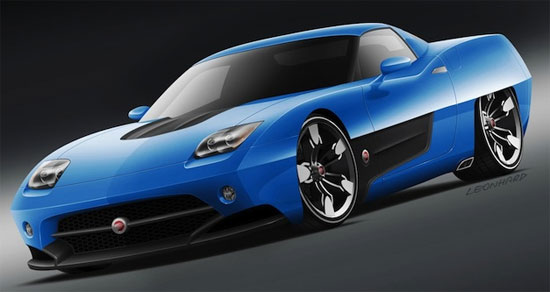 Whatever happened to our ingenuity? We got hold of the US Army jeep and we created public transportation out of it. Now we get a slew of decent cars and, thanks to Banawe, rice (racist!) them out to Kingdom come. We take a decent compact sedan and ruin it by slapping on a huge rear wing and pretend we’re Vin Diesel enough to be fast and a furious.

This is part of the case I’ll be making – that all we do is modify and tune and never really engineer or in the very least re-engineer something.

Just check this out. The Chevrolet Corvette, the iconic American sports car – a car so straight-line fast powerful that Europeans hate it for lack of finesse and cornering ability. So what happens when the Germans land their mitts on it? The Endora SC-1 happens.

The Corvette has been used as basis for a whole lot of other European customs but here’s one from Endora Cars. Underneath is a basic Corvette C6 that gets a unique body work that only leaves a hint of the base car. Depending on the trim level the car can get a 6.3L V8 LS3 engine that dishes out 437 hp and the 7.0L V8 LS7 engine that brings 647 hp in the game.

Regardless of engine, the car gets a six-speed manual gearbox though a six-speed auto is available only with the smaller engine. The car also gets traction control and GM’s active handling system. The car sits atop 19-inch rims up front and 20-inch rims at the back. No performance figures have been suggested. Sound good.

But, what I’d really be interested would be the changes to how the car performs. Germans are known for over-engineering stuff. The main complaint with the Corvette has always been its antique suspension system and handling capabilities. If there aren’t then perhaps we can also try to do something similar, I mean, right now.