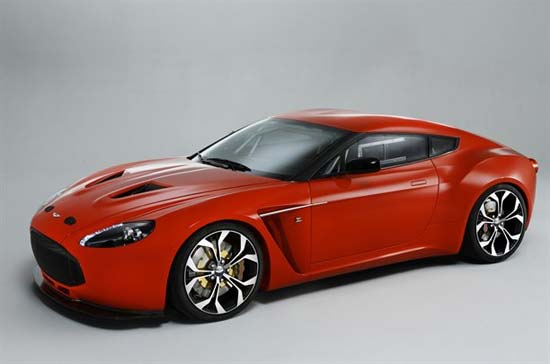 I always fancied Aston Martin cars. They have that suave British stiff upper lip sense about them. They seem to be more sophisticated and mature over Italian supercars. And I have yet to see an Aston Martin being driven around here in the Philippines though others have spotted a DB9 some place.

I swear that if I win a billion pesos in the lotto, I’ll buy me a flagship Aston Martin whether it’s a DBS or its later replacement. Anyway, here’s a piece of interesting Aston news – the new V12 Zagato has just been unveiled ahead of its race debut.

The V12 Zagato’s a collaboration between the British automaker and the Zagato design house. It’s drived from the V12 Vantage. The car is set to debut at the Villa d’Este Concours in Italy.The car comes as a commemoration to the 50 years since the two firm collaborated.

The V12 engine doesn’t get any special treatment – still dishing out 510 bhp and 420 lb-ft of torque, However, the bodywork has been drastically reworked. It’s basically a stripped-out shell with a roll cage and race dashboard. Sprint time of 0 to 100 kph comes in less than 4 seconds. Other improvements include an extreme aerodynamics kit, a retuned double-wishbone suspension.

Rich European industrialists (or probably some scions and politicians) would probably rejoice in the news that a road-going production model has already been greenlighted for production. Changes would include taking off the huge rear wing and adding creature comforts in favor of the stripped out interior.